Past State Deputy of the District of Columbia State Council to begin tenure at Supreme Knight on March 1. 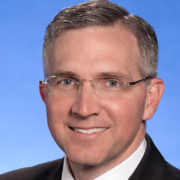 Today, the Supreme Council of the Knights of Columbus announced that Patrick E. Kelly, Past State Deputy of the District of Columbia, has been elected as the next Supreme Knight of the Order. The Knights in DC are particularly proud to have another Knight from DC serving as Supreme Knight, following the retirement of another DC Knight, Carl A. Anderson on February 28th. “The Knights in DC have a long history of serving the Church and the Order, and we could not be more proud of Supreme Knight-Elect Patrick Kelly,” said State Deputy Brandon J. Brown who served on the State Council when Kelly was state deputy.

Supreme Knight-Elect Kelly served as state deputy for the District of Columbia from 2012 to 2013 while he also served as the order’s vice president for public policy. In 2011, Kelly also began serving as the first Executive Director of the St. John Paul II National Shrine, located in Washington, DC, where the DC State Council is headquartered and holds many events and activities. Join us in congratulating Supreme Knight-Elect Kelly and praying for him as he and his family take on the task of leading the order.